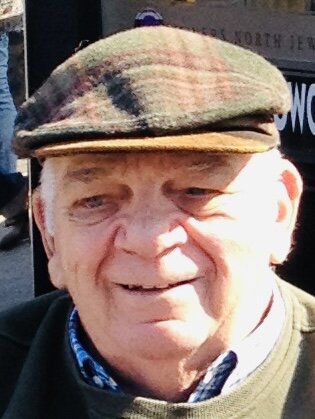 Born in Flint, MI he was the son of John and Gladys (Dinnan) Hall. He was a graduate of Roosevelt High School Class of 1954 in Dearborn Heights, MI and had been employed by Superior Products before retirement.

Slim was a sports enthusiast who rarely missed his children’s and grandchildren’s sporting events. He played football during his time in the US Army and also for the semi-pro Melvindale Redskins. He was active in the Morley Manor Co-Op apartment community.

He is survived by his wife of 63 years

Services will be held at 11:00 on Saturday, October 22 at Sacred Heart Parish in Dearborn. The Hall family is eternally grateful to The Medical Team Hospice for their support. In lieu of flowers, donations may be made in his memory to Sacred Heart Parish, 22340 Michigan Ave, Dearborn, MI 48124.

Share Your Memory of
Joseph
Upload Your Memory View All Memories
Be the first to upload a memory!
Share A Memory