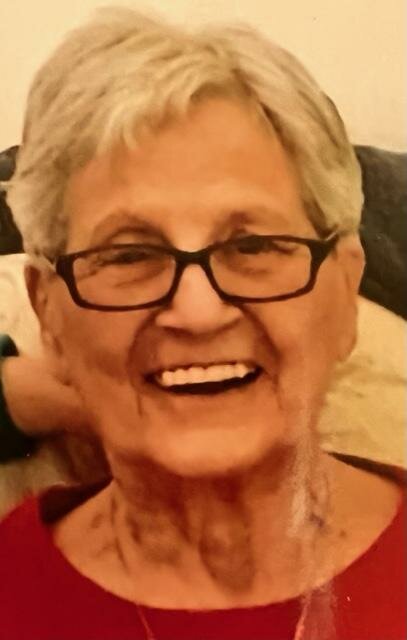 "Lillian Simoncini was the eldest child of Gino and Joanna Simoncini. She was born on April 27, 1927, in Vintondale, Pennsylvania. She passed away on July 27, 2022, in Milford, Michigan. She is survived by her sisters, Evelyn Simoncini Fanelli, and Italia Simoncini Biondo, and her sister-in-law, Gail Simoncini, wife of her deceased brother Mario.

She graduated from St Francis School of Nursing as a Registered Nurse in 1947. She served as a Cadet nurse at St Francis Hospital in Pittsburgh until 1955.  She then moved to Detroit and was an Occupational Health nurse in a clinic in Highland Park.  In 1985, she moved to Crittenton Hospital in Rochester, Michigan, working in several departments until her retirement in 1992.

Though she never married and had no children of her own, she was Aunt Lil to many.

She has 22 grand-nephews and grand-nieces, many of whom kept in touch with her until her final days.

She has 4 great-grand nieces and nephews.

She was also ‘’Aunt Lil’ to the childhood friends of Bill, Joann, and Greg Fanelli in northwest Detroit.

She was “Aunt Lil” to the extended Fanelli family in greater Detroit, who remember her as ”a wonderful, loving, upbeat person ,always so kind & smart”.

Finally she was “Aunt Lil” at St Patrick’s Catholic Church in White Lake, Michigan where she was an active parishioner, a Sacristan, and a volunteer at funeral luncheons.

The family acknowledges the special role of Joann and Steve Boggs to be near Aunt Lil the last 30 years, and help her out in many ways, especially in her final year of life.

She watched over Bill, Joann, and Greg Fanelli when they were children.  She now watches over them in Heaven, and all those who called her Aunt Lil, where she is enjoying the eternal Peace of Jesus Christ.

Share Your Memory of
Lillian
Upload Your Memory View All Memories
Be the first to upload a memory!
Share A Memory