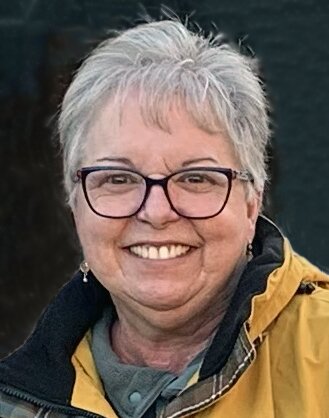 Deborah Ann Zelkowski (Ridky) was born on June 30, 1956 in Detroit, Michigan to Richard and Dolores Ridky of East Detroit, Michigan. She passed away peacefully on May 20, 2022 in Springfield Township, Michigan at the age of 65 after a courageous, four-year battle with breast cancer. Her loving husband, David Zelkowski, and her family were by her side.

Deborah was preceded in death by her mother, Dolores L. Ridky and her godson and nephew, Kurtis R. White. She was the beloved sister of Jeffrey Ridky of Kalkaska; Sandra (Jack) of Warren; Matthew Ridky of St. Clair Shores and Patricia (Joe) Lisi of St. Clair Shores.

She was the beloved sister-in-law of Dennis K. Zelkowski (Donna) of Kapa’a, Hawaii; Debbie Cole (Rick) of Oxford; Kim Zelkowski (Carol) and their son Connor of Lake Orion and Michelle Cherry (Paul) of Delton.

Deborah will be remembered mostly for her and her husband, David’s, loving care of all their nieces and nephews throughout the years, including: Jeremy (Becky) Ridky of Sterling Heights and their daughter Ellie Ridky, Sheylyn Ridky of Beverly Hills, California, Sara (Jimi) Ridky of Grand Rapids, Brianna Lisi of San Antonio, Texas, Kevin (Karysn) White of Westfield, Indiana, Rachel Ridky of Shelby Township, Joseph Lisi of St. Clair Shores and Connor Zelkowski of Oxford. The most celebrated memories were those of all the birthday and holiday celebrations hosted at her home, and the many birthday cakes made with love, which were all personalized from their very first birthday. Deborah also loved to travel, the most memorable were the many vacations to destinations such as the Sleeping Bear Dunes in Michigan, Niagara Falls, Chicago, Hilton Head, New York City, Shipshewana, Orlando and even Europe.

Deborah enjoyed shopping, the company of her family’s many dogs, scrapbooking, and jewelry-making. She was also a gifted cook and baker. Her enjoyment of these many crafts began with the start of her own cake decorating business in the mid 1970’s. She will be especially missed by, what she called, all her “crafty lady” friends. Deborah was known to shower her family and friends with numerous creative, handcrafted cards, gifts and baked goods throughout the years. Her artistic talent was highly admired. She especially loved hosting and cooking feasts fit for a king during family holiday gatherings.

A celebration of Deborah’s life will be held at a later date. In lieu of flowers, the family asks for memorial donations in Deborah’s name be made to Michigan Humane, 30300 Telegraph Road, Ste 220, Bingham Farms, Michigan 48025, 866-648-6263 or at https://www.michiganhumane.org/support-michigan-humane/

Share Your Memory of
Deborah
Upload Your Memory View All Memories
Be the first to upload a memory!
Share A Memory