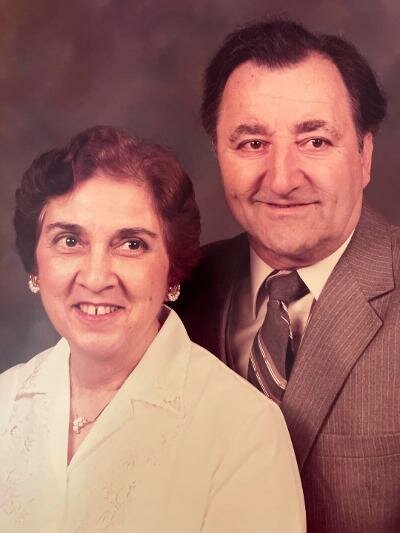 Alice Bedrosian, 93, of Waterford, MI, passed away on November 18, 2022 of natural causes. Alice was born on April 13, 1929 to Edward and Rose Kachadurian in Dearborn, Michigan. She came from a family of four children, 2 brothers (Fred and Var) and a sister (Julie). After graduating from Fordson High School in 1947, she went on to Eastern Michigan University on a scholarship. Graduating with a degree in Art Education, she worked as an art teacher for many years. Later she received her master’s degree in elementary education from Wayne State University and taught 2nd grade until 1988, when she retired after 30 years of teaching. In 1952, Alice met Jack Bedrosian at a church dance and they were married in August, 1952. Alice and Jack went on to have 3 children, Robert, Nancy, and Jeanne. Alice enjoyed word puzzles, gardening, golfing, bowling, and traveling with Jack. Jack passed away in August of 2014, just a week before their 62nd wedding anniversary. Alice is survived by her sister, 3 children, 8 grandchildren, and 9 great-grandchildren. In lieu of flowers, the family request donations be made to: https://give.nationalparks.org The national parks were something that Alice and Jack loved.

Share Your Memory of
Alice
Upload Your Memory View All Memories
Be the first to upload a memory!
Share A Memory