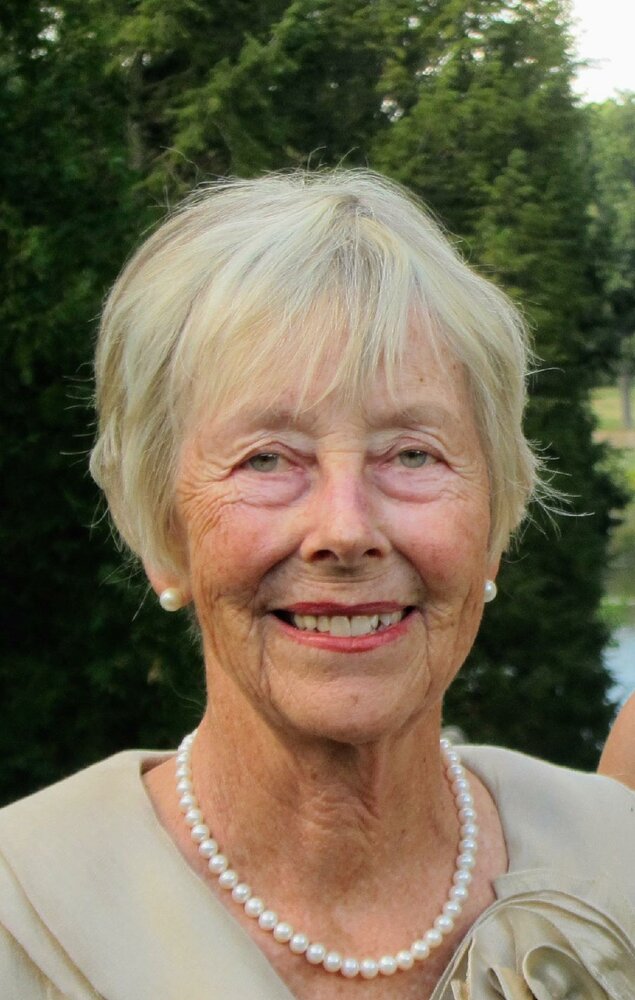 Joan Ely Carpenter, beloved wife, mother, grandmother, and great-grandmother passed away peacefully at age 93 on 11/21/2022. She was preceded in death earlier this year by her husband of nearly 70 years, Glenn B. Carpenter. Joan was born and raised in Westfield, N.J. Her parents were Audrey B. Ely and Addison C. Ely; sister Patricia Austin (1932-2022).

Following a family tradition, she attended the University of Michigan in Ann Arbor, graduating in 1951 with a degree in History. In Ann Arbor, she met the love of her life, Glenn who hailed from Detroit. After a brief time working for Merrill Lynch in NYC, they were married in 1953 and settled in Ann Arbor, MI. In 1958, they moved to Birmingham, MI where they raised their three children and remained their entire lives. Their home of over 60 years on Hawthorne Rd. was a center of life and fun for their family and many friends. Glenn practiced orthopaedic surgery at Beaumont Hospital while Joan ran the household in addition to volunteering at Cranbrook P.M. and as a docent at Cranbrook’s Institute of Science. When her children moved on to college, Joan achieved her master’s degree in Gerontology at Wayne State University and then worked in the social work group at Harper Hospital.

Joan had a zest for knowledge and culture that she shared with her friends and passed down to her family. She loved the arts and travel, especially enjoying theater and music. Joan was fabulous cook and host, happiest entertaining their many friends on a regular basis. She and Glenn traveled the world and felt lucky to spend extensive time at homes on Lake Michigan (Pentwater) and in Tucson, AZ.

Among the essentials of a good life for Joan were books, recreation (tennis, golf, bridge), good food, great company, and the New York Times. Joan and Glenn were ardent fans of the Detroit Institute of Arts, the Detroit Symphony Orchestra and Cranbrook Schools. In lieu of flowers, donations to any of these organizations or the charity of your choice may be made in Joan’s memory.

Share Your Memory of
Joan
Upload Your Memory View All Memories
Be the first to upload a memory!
Share A Memory