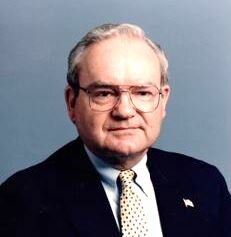 It is with great sorrow that we announce the passing of long time Ann Arbor resident, John (Jack) Peter Hamm, 88.  He died following a short illness September 21, 2022.

Jack was born March 11, 1934, in Iron Mountain Michigan, to Grant and Gertrude Hamm. He graduated Michigan State University in 1956 where he met his future wife, Dorisa Joy Beyer Hamm.  They recently celebrated their 65th wedding anniversary.  He was the very proud father of 6, and Grandfather of 8.  He was preceded in death by his parents, both sisters, Mary Pastori and Pat Woodruff, his brother Bob, as well as his eldest son Christopher “Chris” Grant Hamm.  He is survived by his loving wife, 5 children; Jackie Steinaway, Stephanie Wieczkiewicz (Ed), Valerie Hamm (Jerry Pilger), Greg Hamm, and Bill Hamm (Shannon) and his 8 grandchildren; Andy, Jennifer, Kelsey, Grant, Sawyer, Jackson, Kendall and Gabriel.

Jack ended his military career as Captain in the Finance Corp of the United States Army.  His professional career as a CPA included jobs with the University of Michigan Hospital and Arthur Young and Associates. It ended after an acclaimed career as the Associate Superintendent of Business Administration & Finance for the Warren Consolidated School District.  He had many professional loves including the Michigan School Business Officials Association where he served as a dedicated board member and a term as the President.  His dedication to students and school administration led to the culmination of his career and his induction into the Michigan Education Hall of Fame in 1995.

His favorite moments were spent in the midst of large family gatherings, telling stories, supporting his favorite MSU Spartans, or reading/watching anything about WWII.  Once he retired, Jack and Dorisa became avid travelers having visited nearly 50 countries.  He volunteered his time to the Sons of the American Revolution and previously to the Kiwanis of Ann Arbor.

Jack was a loving husband, father, neighbor, and friend.  He is missed.  In lieu of sending flowers, please support the American Cancer society and your family.