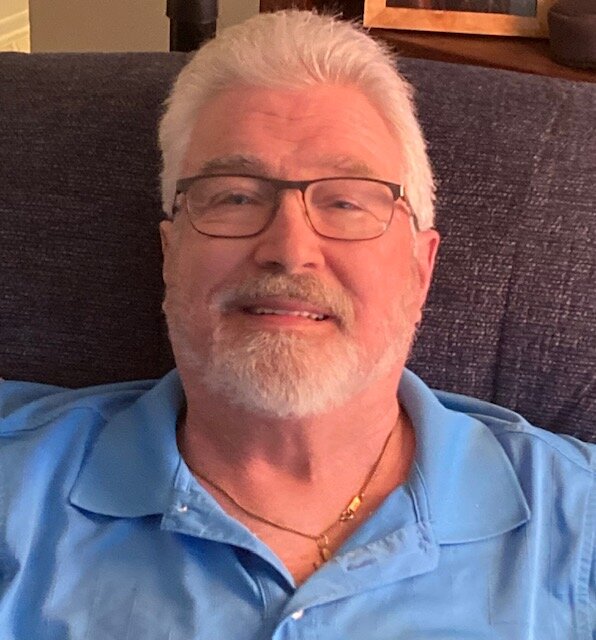 Hugh Stewart Muellenhagen of Shelby Township, MI passed away August 13, 2022 at the age of 74 from complications caused by congestive heart failure. The first born of triplets in Detroit, MI to Hugh W. and Shirley (McDowell) Muellenhagen, he was a fighter from day one. Collectively weighing 9 pounds at birth, he and his sisters Nancy and Shirley spent their first month in an incubator until they were strong enough to bring home. Their legacy as triplets continued on when the family moved to Birmingham, MI and local newspapers followed their journey throughout their school years up until their graduation from Seaholm High School.

Hugh went on to Ferris State University graduating in 1968 with a degree in Marketing and Accounting. A year later he found himself working at the Osceola County Ambulance Service in Reed City, MI where he struck up a friendship with coworker Barbara (Krugler) Muellenhagen. He later followed his passion for law enforcement and joined the Reed City Police Department and reconnected with Barbara when pulling her over in his patrol car after he happened to see her at a stop light. The friendship turned romantic and they married on July 19, 1975 in a service performed by Barbara’s late father Rev. Richard A. Krugler.

Hugh switched careers and entered the shoe manufacturing industry with big names like Frye Boot, Wolverine Worldwide, and Andrew Geller which moved his wife and daughter Jennifer around the US to Massachusetts, Pennsylvania, Tennessee, Maine, Texas, and later internationally to Italy. Deciding that a little more stability was needed, Hugh moved the family back to Michigan for a few years until one more move took them to Carmel, Indiana. After retirement, Hugh and Barbara returned to Michigan to be closer to family.

In his later years Hugh loved spending time reading, cheering on the Detroit Lions and Tigers, working on his model trains, and being involved in the online gaming community. He was also active in the Lutheran Church Missouri Synod as a member of St. John in Rochester, MI. While he suffered many heart related ailments and had many close calls over the years, he bounced back every time proving to be that same fighter as day one and fought hard until the very end.

Hugh is preceded in death by his parents, his sister Shirley McClure, his father in-law, and twin siblings Hugh W. Muellenhagen Jr. and Jean Shirley Muellenhagen who died in infancy. He is survived by his wife Barbara, daughter Jennifer Muellenhagen and partner Brady Shirley, sister Nancy (Herb) Mussen, and several in-laws and nieces and nephews.

A Memorial Service will be held at St. John Lutheran Church in Rochester, MI on Saturday August 27 at 11am with Visitation starting at 10am.

In lieu of flowers, memorial contributions can be made to the Tunnel to Towers Foundation at t2t.org, an organization supporting 9/11 first responders, Police Officers, Veterans, and their families.

Share Your Memory of
Hugh
Upload Your Memory View All Memories
Be the first to upload a memory!
Share A Memory