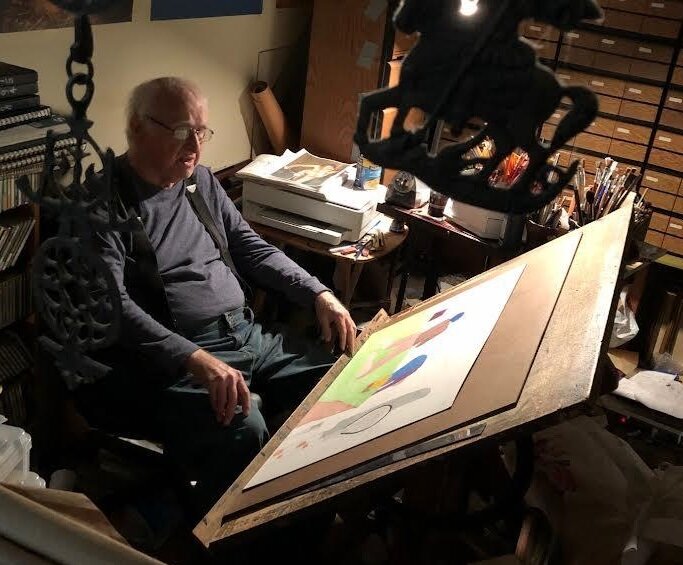 James Robert Johnston (Jim) of Fraser Michigan died on Saturday, July 30, 2022. Just days after a two-week visit to California, a whirlwind battle with stage four pancreatic cancer took us all by surprise. He was 83 years old.

He attended Eastern Michigan University, where he received his BS in Art in 1961. Jim then went on to receive his MA in Art History at Wayne State University in 1965. He was a professor of art and art history at Macomb County Community College in Macomb Michigan from 1964 - 1995. But Jim was, above all, a prolific surrealist exhibiting his art work, being featured in a variety of publications, as well as being the subject of a documentary film.

Germany was his favorite place to visit and only the Covid lockdown kept Jim from taking his 50th European trip. There was also great joy to be found amassing his collection of art books, his main focus being on abstract expressionism. His life was also filled with music, classical being his favorite, but he ranged from International folk dances to Led Zeppelin. Jim enjoyed nature and had a special fondness for finches. Finding no cage large enough, he fashioned a giant chicken wire "bird condo" that was happily displayed in his front room. A memorial is being planned for later this fall, accompanied by a modest showing of his art work.