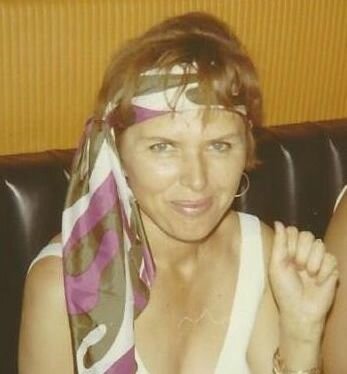 Sonia Sofia Komhyr Hulyk was born on June 9,1927. Surrounded by family, she passed away peacefully on May 7, 2022 at the age of 94, reunited with her beloved husband Leo at last. Sonia joins sisters Mary, Pearl and Violet, brother Walter, and parents Anna and Dmytro Komhyr in eternal life. She was the treasured mother of Jim (Rachel), George (Judy) and Brian (Kolleen) and loving Baba to grandchildren Taylor (Adam), Mitchell, Kendyll and McKenzie. Most recently, she welcomed her first great grandchild, Lear.

Sonia was born and raised in Spedden, Alberta, Canada, about 100 miles north of Edmonton where her parents, Ukrainian immigrants, were given 144 acres to homestead. They farmed the land, working endlessly to raise five children and build a foundation in Canada. Daily life was difficult; there was no running water or electricity. But it was these experiences that taught her the value of hard work, instilling in her a tireless work ethic and a passion for family and heritage.

Her incredible journey went on to include a degree in nursing from Royal Alexandra Hospital in 1951. Shortly thereafter, she met Detroit native Leo at her sister’s wedding—an unforeseen and powerful love that would change the trajectory of her life. She moved to Detroit, got married in 1953, reestablished her career and began her family. They purchased and lived in their Warren home from 1956 until she transitioned to eldercare. She was a registered nurse in emergency rooms, the General Motors Tech Center, Southeastern Michigan hospitals and, finally, a school nurse in the Warren Consolidated School system, where she fostered friendships with the “nurse gang” that would last a lifetime. All the nurses lived into their 90s!

Outnumbered by three boys and a husband, outside of work, she spent her days engaged in all her boys’ activities—from baseball and football to soccer, tennis and basketball. Her involvement was endless; she was the baseball coach, a Cub Scouts Den Mother, Great Books teacher—too many to list! As a beloved Baba (grandmother in Ukrainian), each summer, she enjoyed taking her grandchildren to pick blueberries in nearby orchards.

She was a woman of integrity, passionate about instilling the values of right and wrong and giving 100% in all you do. She made sure the family enjoyed security and togetherness and built spaces to foster it, like their summer cabin on West Twin Lake in Lewiston, Michigan and later their winter home in Homosassa Springs, Florida.

An incredible personality, Sonia welcomed community and conversation; she always made people feel comfortable, all while having fun! She was a fixture in the Ukrainian community, St. Josaphat Ukrainian Catholic Church in Warren, the church choir, Sodality, the Ukrainian Graduates and many more. She was proud to be an American while promoting her Ukrainian heritage.

While Sonia’s journey required a move to assisted living in her late eighties, her spirits remained high due to the loving and outstanding care provided by My Doctor’s Inn in Sterling Heights, Brighton Manor in Brighton and Compassionate Hospice Services. For this, we are very thankful.

She will be greatly missed and thought of often. Her family vows to honor and preserve her love of ethnic cooking, art and activities. As husband and wife, mom and dad, Baba and Dido, Sonia and Leo gave us terrific family memories that will live on in our hearts. Finally together again, we are blessed to know the music, singing, dancing and friendship will forever continue.

Sonia’s Celebration of Life Mass-Memorial will be held in June at St. Josaphat Ukrainian Catholic Church, followed by a luncheon at the Ukrainian Cultural Center in Warren, Michigan (across the street from the church). Date and details to follow as they become available.

In lieu of flowers, contributions can be made in Sonia Hulyk’s memory to St. Josaphat Ukrainian Catholic Church or the Ukrainian Cultural Center Renovation Fund.

Share Your Memory of
Sonia
Upload Your Memory View All Memories
Be the first to upload a memory!
Share A Memory