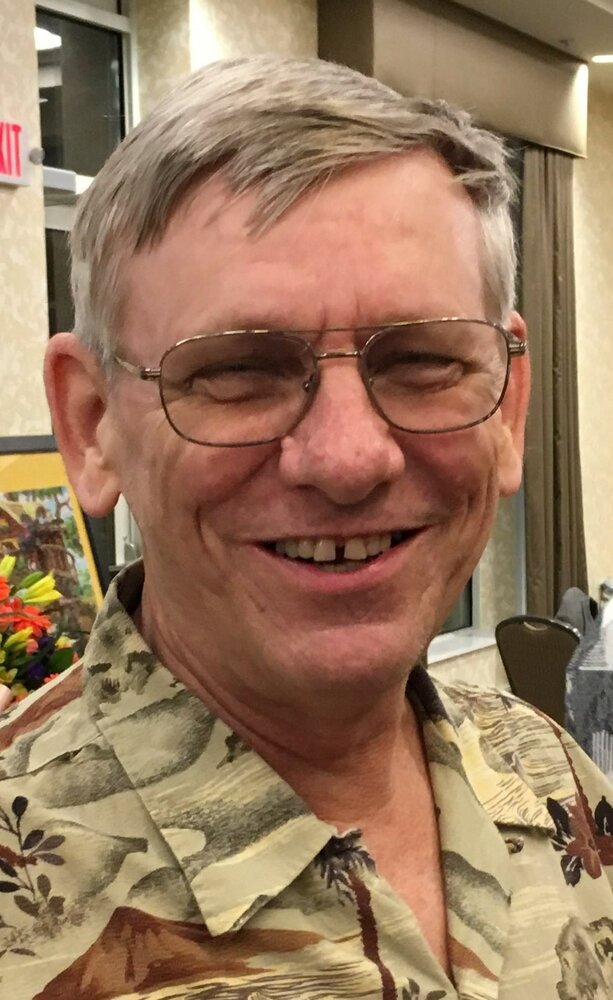 We are saddened to announce the passing of Boyce Earling Johnson, age 70, of Ypsilanti, Michigan on January 19, 2022. He was born June 16, 1951 in Bemidji, Minnesota to Lloyd and Elenor Johnson. As the 2nd oldest of 9 children and a lifelong bachelor, Boyce felt a strong sense of responsibility to family and is being remembered as a kind, generous and fun brother and uncle.

An avid reader, he was never without a book or magazine in hand and another one (or more) close at hand. His interests were wide-ranging and included scientific magazines, science fiction, western, history and action/adventure of all sorts. He was highly intelligent and pragmatic. He earned an associate’s degree at Macomb County Community College.

Boyce proudly served our country in the United States Marine Corps and was stationed in the Philippines for much of his time in the service.

His nieces and nephews were often the target of his care and generosity but they also remember him being a very fun-loving uncle. Top memories from them include epic squirt gun fights in the summer, where he relentlessly chased them down with a water attack and winter sledding with him where he got a running start at the top of the hill with the sled, flopped down onto it on his belly and raced down the hill like a little kid.

And we can’t talk about Boyce without mentioning his love of cars and his knowledge of all things relating to cars. He could name the year, make and model of any car he saw. In fact, anyone who watched a movie with him would experience him pausing the movie to point out an interesting car, which he would sometimes identify just from a partial shot of the car. He would ride in your car and diagnose just about anything - even if you didn’t know that there was a problem - and could fix anything. One brother recalled that Boyce helped him and a friend restore a ‘38 Packard. Boyce told the others that he took the engine to a “major” Detroit-based engine rebuilder. After being rebuilt, the engine purred but Boyce wouldn’t reveal the shop that did the work. It wasn’t until years later that he admitted that he was the one who rebuilt the engine. He loved working on cars.

He loved music of all sorts and he loved to dance. At family weddings, he was usually on the dance floor nonstop. He was fearless and the ultimate tough guy. He was eccentric, opinionated, loveable, kind, and generous. He had a smile that could dazzle, with a laugh that warmed the heart. When talking about his romantic life, he always said that at first, women were mad about him and then they were just mad at him.

Boyce and his family are grateful to the staff at Karmanos Cancer Center for many years of kind, compassionate care. He lived with multiple myeloma for more than 13 years and participated in clinical research trials so that those diagnosed would live to fight another day, as he did. As his doctor said, “ethically designed research will never result in a patient receiving therapy inferior to the current standard of care” and the care he received was top-notch.

The family requests contributions be made to the Karmanos Cancer Foundation or Disabled American Veterans. Karmanos Cancer Foundation, 4100 John R, MC: VE01FS, Detroit, MI 48201 or online at karmanos.org/giftofhope. DAV – Disabled American Veterans, P.O. Box 14301, Cincinnati, OH 45250-0301 or online at https://www.dav.org/methods-to-donate/. Please indicate the gift is in memory of Boyce E. Johnson by writing a memo on your check.

Share Your Memory of
Boyce
Upload Your Memory View All Memories
Be the first to upload a memory!
Share A Memory