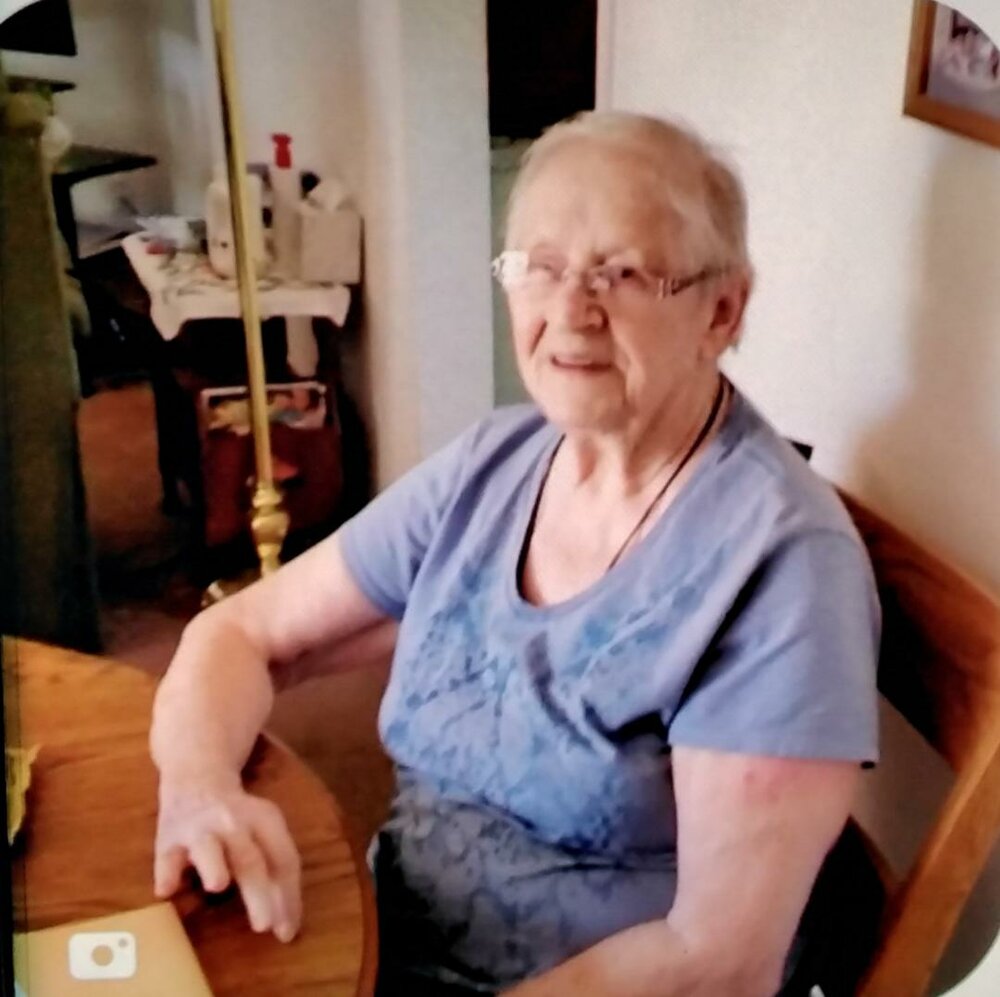 Marjorie passed away Saturday January 15, 2022 at home surrounded by her loving family.  As per her request cremation has taken place.  There will be a memorial service in the spring.

Marjorie was born May 13, 1933 in Union City, MI to Harry and Delilah (Albert) Little. She lived most of her life in the Union City area.

Marjorie was first married to Aaron Musselman.  They had one daughter, Joy (Terry)McClughen of Coldwater.

In 1972 she married Maynard D. Williams, he survives.  With this marriage she inherited 3 more children. Robin (Richard) Moats of Spring Hill, Florida, Randy Williams of Carson  City and Peggy (Gary) Grigowski of Marshall.

Marjorie and Maynard had many grand adventures together.  They owned 2 party stores and car dealership.  They had many travels together,  Texas, Colorado, Virginia and many years in Florida for the winter.  Lots of camping fun at their place in Harrison.

Marjorie was always such a gentle soul who liked everyone.  She was also an amazing cook and loved to feed anyone who walked through her door.  She absolutely adored her grandchildren!  And she had lots!  Terry & Kelli McClughen of Quincy, Larry & Dawn Horrell of North Carolina, Penny Horrell of Albion, Kristi Baughman of Litchfield,  Crystal & Kenny Hix of Battle Creek,  Anthony & Justine Kulakowski of Mishawaka and J.P. & Elise Durant of Nashville TN.   18 great grandchildren, 2 great, great grandchildren and 2 more great, greats on the way.

She is also survied by sister-in-law Joyce & Duane Hartman of Pleasant Lake, IN and brother-in- law Larry & Rebecca Williams of Orland,  IN.  Her 2 sister friends - 40+ years, Norma Young of Jackson and Mona Colvin, friends  for 70 plus years.  Many many nieces and nephews.

She was preceded in death by her parents, 2 brothers, Dale and Elwood Little and 1 grandson Lewis Williams.

Share Your Memory of
Marjorie
Upload Your Memory View All Memories
Be the first to upload a memory!
Share A Memory