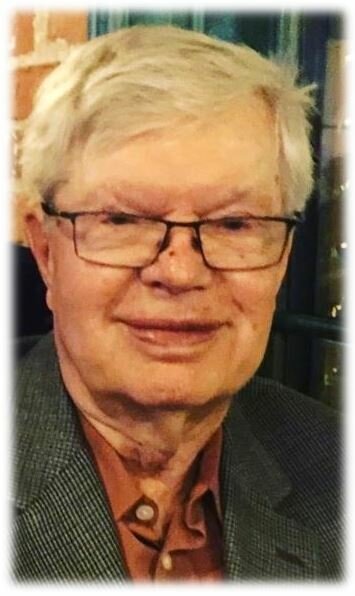 Herbert William (Bill) Gilbert, age 91, entered eternal life on January 3, 2022 after a short illness.  He is survived by his wife of 63 years, Carole (Marlowe) and three children, Thomas, Dawn, and Heather, as well as five grandchildren and three great-grandchildren. His brothers Theodore and John  survive as do multiple cousins. Youth for Understanding Exchange Student “daughters” Ellen and Kirsten also held a special place in his heart.

Bill was born in Laramie, Wyoming to Carl and Nellie (Schlichter) Gilbert where his father was on the faculty of the University of Wyoming. After graduating from the University with a Bachelor of Science degree in Mechanical Engineering, he attended the Chrysler Institute from which he received a Masters degree in Automotive Engineering in 1954. After serving in the United States Army, he returned to Chrysler where he worked for 50 years, both as a direct and a contract employee. He was an expert in exterior lighting and often brought cars home to test different headlamps after dark.

After retiring, Bill volunteered as a gardener at the Detroit Zoo, working mostly in the greenhouses, transplanting and deadheading flowers. He also loved gardening at home and no dandelion dared to take root in his lawn!

Bill enjoyed camping with his family, first in a trailer and later in a mini-motorhome.  Together they traveled the United States, including biannual trips to Wyoming and surrounding states to visit family. After their family grew too large for a trailer, Bill and Carole purchased a shell of a cottage on Lake Huron. The family worked together to finish the cottage, installing insulation, flooring, and tile, and of course creating a garden.  There he enjoyed woodworking, building several benches and outbuildings, and loved being out in the quiet of the lake and the woods “Up-to-North”. He traveled there at least once a month for more than 30 years, the last time less than two weeks before he became ill.

Bill was an active member of Good Shepherd Lutheran Church of Royal Oak. He was a 50 year member of the Masonic Lodge AF & AM of Laramie, Wyoming.

Memorial contributions can be made to the Landscape Department at the Detroit Zoological Society, Shriners’ Hospitals for Children in Dayton or Chicago, or Good Shepherd Lutheran Church.

Cremation by the Cremation Society of Michigan has taken place. A memorial service will be held June 9, 2022 at Good Shepherd Lutheran Church, Royal Oak, Michigan.

Please share a memory of Bill's on his tribute wall.

Share Your Memory of
Bill
Upload Your Memory View All Memories
Be the first to upload a memory!
Share A Memory