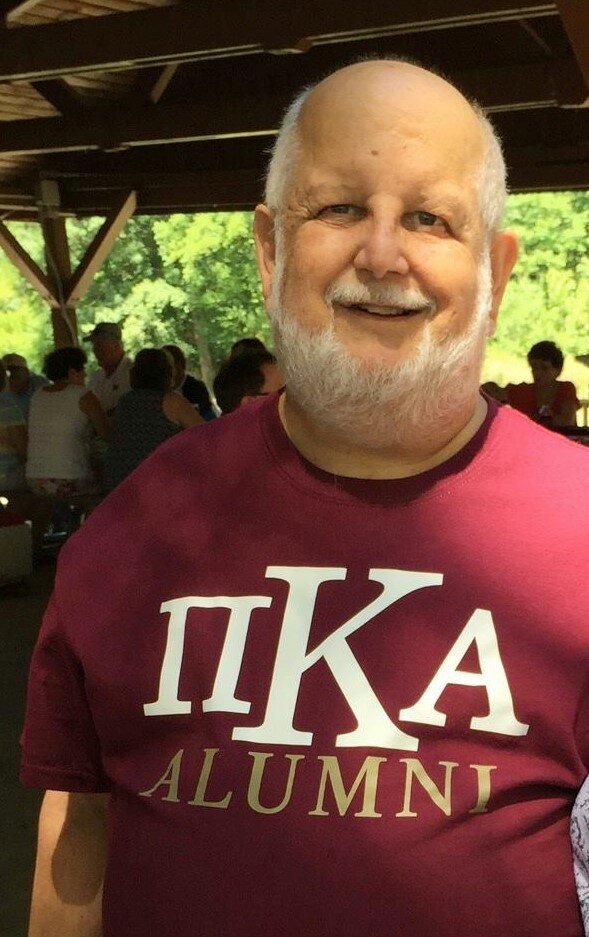 Chris was born on April 17, 1952 to Duane and Marion Marin of St. Clair Shores, Michigan. He graduated from South Lake High School in 1970, earned his Bachelor of Arts degree from Wayne State University, and his Master’s Degree from Central Michigan University. While at WSU he was an avid member of the Pi Kappa Alpha fraternity; some of his best memories and closest friends were made during his time with the Pikes. April 2021 marked 50 years of membership and pride with his frat brothers.

Chris’s career as a social worker for the State of Michigan spanned 36 years, but it was his last 20 years as an Adoptions specialist that really drove his passion of helping children. Thanks to his hard work and devotion, he helped bring great joy to people’s lives by being able to complete their families. He retired in 2010.

Chris enjoyed traveling with Heather, listening to the Beatles, and learning as much as he could about the world—his thirst for knowledge never ran dry and he firmly believed you were never too old to learn something new.

Chris is survived by his two children, Hilary (Jean-Michel) Plante, and Nicholas. He leaves behind his brother James (Lydia), and joins his sister Holly (late Rodman Osplack) who was called to Heaven in April of this year. He is also the beloved uncle to Lisa Marin and Christine (Sam) Lucian, and great uncle to Harrison, Jacob, and Hove.

A celebration of life service will be held in April, around what would have been Christopher’s 70th birthday. More details to follow. In lieu of flowers, donations can be made to some of Chris’s favorite charities, Smile Train and Habitat for Humanity: https://donate.smiletrain.org/givenow; https://www.habitat.org.

Share Your Memory of
Christopher
Upload Your Memory View All Memories
Be the first to upload a memory!
Share A Memory