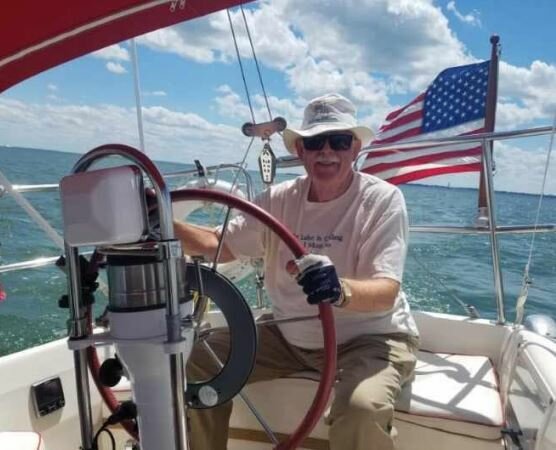 John Duran, born in Detroit, Michigan, died on November 14, 2021, at the age of 76. He was the son of Lester Abele Jr. and Jeanne Duran Harris. He embraced the philosophy: “Don’t fear death, fear a life un-lived.” He started at Ford Motor Company in July 1964 and over 51 years worked his way up to supervisor from the assembly line through the accounting department, ultimately to oversee the global implementation of an inventory and accounting computer system, a project that allowed him to travel the world - making many friends along the way. He discovered his passion for sailing in 1978 and was an accomplished sailor out of Bayview Yacht Club and Toledo Beach Marina. He is survived by his wife of 32 years, Sharyn Duran; his children, Phil Duran and Dianna (Andy) Ehlert; his sisters, Debbie Berger and Maria Wesley, and their families; and recently discovered half-sisters Kris Abele Coggin and Martha MacIver, and his cousin Gwen Abele. At John's request, no services are planned at this time. His family has been deeply moved by the outpouring of support and kindness for our beloved husband, father, brother, mentor, editor, sailor, and friend.