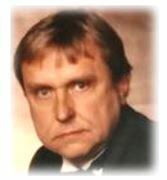 Michael realized his dream of becoming a husband and father when he married Geraldine Zuch in 1961. Together they raised their family in Detroit, Dearborn, and Milford. As a young parent Michael aspired for higher education so he worked tirelessly and became a graduate of the University of Detroit. This goal served as an amazing example to his children and grandchildren (all of which, who are of age, have obtained higher education degrees). Michael had a passion for sports and many a day that passion was on display in some competitive basketball games with his sons and brother. He also had the gift of storytelling and loved sharing reminders of days gone by with his daughters who will always cherish these narratives as well as his love, encouragement, support, and guidance.

Michael will be missed for his entrepreneurial spirit and strong convictions. But mostly, he will be missed by his loving family. Michael is survived by his wife Geri and their five children, Michael (Denise) Lys III, Lance Lys, Bruce (Sandi) Lys, Renae (Todd) Starr, and Stacey Manna. He will forever be the proud grandfather of Elise Lys, Collin Lys, Lauren Lys, Lance Lys Jr., Brooke Bastianelli, Robert Lys, Mitchell Lys, Nathan Lys, Hannah Starr, Hayden Starr, Holly Starr, and Isabella Manna. He was big brother and close friend of the late Fred Lys. Michael is also survived by his niece Tanya Miller, as well as other nieces, nephews, family, and friends. He was preceded in death by his parents and brother.

Cremation has taken place at Michael’s wish with arrangements entrusted to Cremation Society of Michigan. A private Celebration of Life service is planned for immediate family members; however, sympathy messages and fond memories may be shared online at https://cremationmichigan.com/9/Obituaries---Tributes.html . Memorial contributions may be made in Michael’s honor to the Rainbow Connection ( https://www.rainbowconnection.org/donate/ ).

Share Your Memory of
Michael
Upload Your Memory View All Memories
Be the first to upload a memory!
Share A Memory