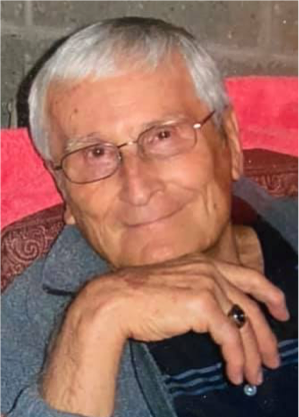 Dr. Eugene “Gene” Yuhas of Troy, Michigan, died on Sunday September 12th at age 91 when God called him home, granting Gene “peace be thine.” Gene was born in Throop, Pennsylvania on February 26, 1930 to parents Margaret (Voros) Yuhasz and Louis Yuhasz. Seeking a good life for his family, Gene’s father—a young Pennsylvania coal miner—found work in the booming automobile industry and moved his family to Detroit. Gene graduated from Western High School (1947), where he played baseball. While working at General Electric he met his wife, Virginia (Suchojad) Yuhas. From 1951-1953 Gene served in the US Army, based in Germany, and then in 1967 he graduated with his DDS (Doctor of Dental Surgery) from the University of Detroit. Gene practiced dentistry passionately until the age of 79. He worked out until the age of 87, the last ten years at LifeTime Fitness. He read the newspaper and watched his favorite sports teams to the very end.

Gene was a thoughtful man of high intellect and high integrity who enjoyed his life, his family and his friends. He enjoyed musicians Mario Lanza and Johnny Mathis. He loved blueberries, peanut M&Ms, chocolate cake and playing competitive handball. He also loved buying and experiencing new cars—his own, and his children’s. Gene was a fan of Michigan sports (Red Wings, Lions, Tigers and his beloved University of Michigan football—Go Blue!). He also enjoyed cigars, crossword puzzles (and in his later years, jigsaw puzzles) and weekly gatherings with friends & beers at his favorite local hangout—Shields Pizzeria in Troy. Gene was also a self-taught, around-the-house do-it-yourselfer who took great pride in his attention to detail, and results (including building a skating rink for his young children one 1970s winter).

Gene and Virginia (married 1963, 58 years) settled in Troy, Michigan where they raised a family. Gene is survived by his wife, his three children—Todd (Cindy) Yuhas, Lori Yuhas, and Pamela (Joe) Ciaramitaro—and his four amazing grandchildren: Connor, Ava, Celeste and Isabella Ciaramitaro, who lit him up. He is also survived by his sister Carol (Harry) Gutowski. He was preceded in death by his parents, his sister Dolores (James) Halliday and his brother Douglas (Sharon) Yuhas.

A Celebration of Life memorial will be held at Shield’s Pizzeria of Troy on Sunday October 3rd from 11:30am to 3:00pm with prayers and tributes at 1pm. A mass for Gene will take place the prior day at 10:30am, Saturday October 2nd, at St. Thomas More Catholic Church in Troy. Memorial contributions to St. Jude’s Children’s Hospital.

Although Gene will be dearly missed, his integrity, strength and legacy survives in the lives of those who loved him, worked with him, or enjoyed a beer with him. Gene’s final resting place will be in the Garden of Peace, White Chapel Cemetery, Troy, Michigan.

Share Your Memory of
Eugene
Upload Your Memory View All Memories
Be the first to upload a memory!