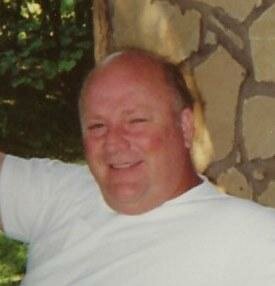 Michael William Porta of Westland, Michigan passed away Wednesday, August 25th 2021 at the age of 74.

Michael was born in Detroit, Michigan on October 30th 1946 to father Anthony Raymond Porta and mother Mary Geraldine Porta. Michael graduated from Saint Mary's High School in 1964. He married Patricia, the love of his life, in 1966, who survives him. Michael is also survived by his sisters Elizabeth and Anthonita; children David, (Dawn), Kimberly, (Bryan), and Jennifer; grandchildren Maureen, Courtney, Carl,  Kayley, Cameron, and Mary; and great-granddaughter Aurora.
Michael was preceded in death by his parents and by his siblings Carl, Regina, Patrick, Theresa, James, Mary, Joseph, Delores, and Gerard.

Michael was a devoted family man and a great father. Always good natured and ready with a quick wit and a smile. Forever telling stories and making people laugh. He will be sorely missed.

"For the rest of my life, whenever I fall down, I get back up. Whenever I am hurt, I drive on. Whenever I am brought low, I rise. That is not because I an virtuous, strong, resilient, it is because [my father] was." - Meghan McCain

There will be a memorial luncheon at The Point at Canton. 201 Cassia court on September 12th 2021 from 1pm to 3pm. Michael William Porta of Westland, Michigan passed away Wednesday, August 25th 2021 at the age of 74.

Share Your Memory of
Michael
Upload Your Memory View All Memories
Be the first to upload a memory!
Share A Memory