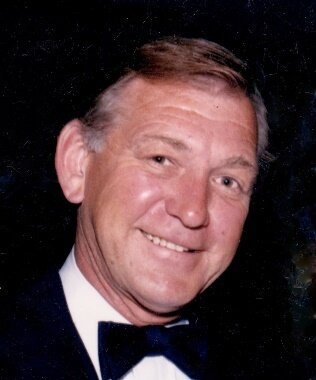 Theodore John Karpowicz, 84, of Bloomfield Township, Michigan, passed away peacefully on August 14, 2021. Ted was the beloved husband of Patricia (Tyranski) for 63 years. He was the loving father of four daughters, Karen Fulford, Nancy Richard, Mary Beth Buchan (Dennis) and the late Patti Ann. He and Pat were loving grandparents to six grandchildren. He is survived by his three sisters, Genevieve, Lynn and Dolores.

Ted served in the U.S. Navy where he was a physical training instructor, petty officer, and played on the football team. Following his service, he earned his bachelor’s degree in Education from the University of Detroit where he played football with the Titans. He was drafted by the Minnesota Vikings in 1961. He chose instead to serve as a teacher and football coach in the Hamtramck school district and earned his master’s degree in Educational Administration from Eastern Michigan University. He was appointed by John Cardinal Dearden to be Assistant to the Superintendent for the Archdiocese of Detroit, where he worked for 27 years. As Director of Special Projects, he developed and directed successful projects including the parish sharing Multi-Media Center, Remedial Reading, School Food Service, In-service Training and Emergency School Aid.

In retirement he volunteered to coach flag football with his friend and former UD teammate, Tony Asher. When he wasn’t listening to classical music, he enjoyed golfing, and watching football with his grandchildren. He had an incredible love of faith, justice, cooking fine food, wine, and life - something that he spread to his family, and enjoyed with friends.

A private ceremony will be held at the Great Lakes National Cemetery. Please visit the online obituary at www.cremationmichigan.com

Share Your Memory of
Theodore
Upload Your Memory View All Memories
Be the first to upload a memory!
Share A Memory