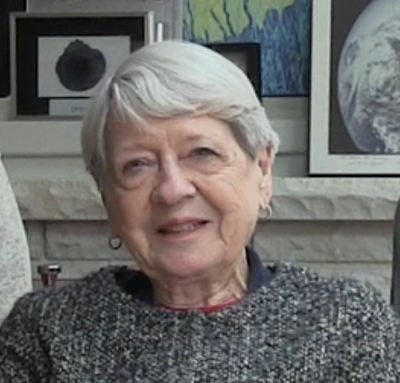 Patricia Ann Dunnigan was born on June 9, 1931 in Detroit. She passed away at Angela Hospice on August 12, 2021.   Patt was the third of four daughters born to James and Maida Dunnigan.  She grew up on Detroit's east side where she met the love of her life, Jack Kirksey.   After graduating from Wayne State University, Patt and Jack were married in 1953 and eventually settled in Livonia in 1964.

Patt was an early education teacher prior to having her three children.  She returned to teaching in 1977 with the Livonia Public Schools as a Supervising Teacher and head of the PREP Program at the Jackson Early Childhood Center. During her 36 years with the PREP Program, Patt touched many lives as she helped prepare pre-kindergarten students and their parents for their school years ahead.  Many of these children and their parents enjoy sharing memories of their time with Miss Patt.

Patt was a supportive partner to Jack in his many endeavors, and was the finest campaign manager a politician could ask for.  She was an incredible party host; among her many talents was her ability to entertain on a moment's notice.

Her children remember her as patient and kind, tiny but mighty, and always there for them.   She let them make their own decisions and mistakes, and kept her opinions to herself. She also spent many years enjoying the company of her granddaughters and great grandchildren, whose time with Patt will always be treasured.


In keeping with her wishes there will be a celebration of her life held at a later date.  Please email PattKirkseyCelebration@gmail.com if you would like to be notified when plans for the celebration are finalized or to share a memory of  Patt  with the family. In lieu of flowers, please make a donation in Patt’s memory to a charity of your choosing.
1 Attached Images
Share Your Memory of
Patricia
Upload Your Memory View All Memories
Be the first to upload a memory!
Share A Memory