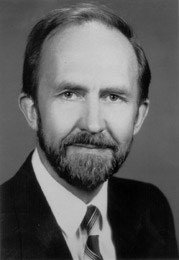 On Sunday, July 4, 2021 in Jackson, Michigan, Glenn Howard Davis, loving husband and father of three, passed on to eternal life at age 87.

Glenn loved life and lived enthusiastically. He was known for imparting his wealth of scientific and spiritual knowledge, teaching others the wonders of this world, which excited the spirit of even the most jaded of souls. He is best remembered as a passionate leader, world–class athlete, prolific coach, trail-blazing science teacher, empathetic listener, and spiritual mentor.

In 1951, Glenn broke and held the 440-yard (quarter-mile) dash track and field record for his high school. After graduating, he attended Michigan State Normal College, now Eastern Michigan University (EMU), and earned his teaching degree. In Track and Field, he established and held the 440-yard dash record at EMU for 13 years at EMU’s Bowen Field House, when he served as track captain. He was also ranked in the top 10 quarter-milers in the world from 1953-54 and the top three during 1954. Glenn was inducted into EMU’s Hall of Fame in 1987.

Glenn enjoyed an amazing 39-year teaching career after graduating EMU. He taught life science and biology at Marshall Junior High, where he was also head wrestling and track coach, leading his students to numerous victories and championships. Glenn spent most of his career at Thurston High School in South Redford, where he continued to coach wrestling and track, again leading his teams to numerous victories.

Glenn loved to teach, coach, and mentor students and student teachers to accomplish their best results possible. His engaging and enjoyable teaching style caused most folks to not even realize they were learning. Students and friends often remarked at his life as the “timeless teacher”. Glenn further exemplified his wonderful teaching style by setting up award-winning life science and biology classrooms, complete with wildlife. In addition, he pioneered classes in better understanding your own health, nutrition, and internal systems called “Me-ology”. Because of his leading-edge, pioneering work, Glenn was awarded teacher of the year numerous times during his tenure at Thurston High School.

Glenn was an innovative leader in the environmental awareness community. At Thurston High, he established the AWARE club, which focused on educating the local community on our impact to the environment and what we can all do to help. He took students on several trips to study nature and environmental impacts to Proud Lake, several lakes in Northern Michigan, and held high-participation project days at local recycling centers. Glenn earned a reputation as the “go-to” person to help organize campaigns and field days to address environmental issues and take decisive action to help heal and rehabilitate our world.

Glenn was known for his gentle spiritual mentorship. He had a rich, full, Christian life where he teamed up with his wife, Joan, to sponsor others interested in enhancing their spiritual life. Glenn loved working alongside others; regardless of their life history or background. Much of his later years, he and his wife, Joan, were actively engaged in volunteer work, serving at the Anglican Church Alpha House and several homeless soup kitchens.

In lieu of flowers, contributions can be sent to the Ann Arbor Alpha House www.alphahouse-ihn.org .

Share Your Memory of
Glenn
Upload Your Memory View All Memories
Be the first to upload a memory!
Share A Memory